My Tweets
Posted on November 9, 2017 by mummyhustler

I know it’s been a while since I had BB, but the memory of his birth stays fresh in my mind.

Particularly as for me, the birth was rough. And as one of my closest friends is currently going through an induction, I feel like it’s now the right time to start talking about it.

Strolling in to pregnancy, you might have these thoughts of a beautiful calm birth, candle light, whale music. I know I did. But unfortunately that didn’t happen for me. And like lots of other women, I had to be induced.

The reason for my induction wasn’t because I was overdue, but my waters had gone on my due date and I was given 24 hours to go in to labour. It didn’t happen. I spent the day constantly replacing my maternity pads (because the fact that your waters replenish doesn’t ever get mentioned in childbirth classes!) and bouncing on balls. And walking like I’d just got off a very wide horse.

My waters went at 7am on February 20th. This was my due date so I was excited to have a baby who was as keen to keep to a schedule as I was.

There was an air of excitement as I rang my midwife to let her know that my waters had gone. She called me in to the clinic to check, but also explained that the PCT I was under only gave me 24 hours to go in to labour else I’d be induced.

I didn’t want this. I’d spent my whole pregnancy campaigning to be taken off the “high risk” list due to my BMI and I was desperate to go in to the birthing centre. With the double beds, huge water baths, ropes, balls, chairs. The idea of being medically induced was my worst nightmare. My consultant had signed me off from high risk and I’d been given the go ahead to give birth in the birth centre. Now I’d have to go to the labour ward. My concentration was spent on getting my baby in my arms safe and sound.

I’d been told to report to the MAU at 8am on the Sunday if I hadn’t already gone in to labour. My due date was on my MIL’s birthday so I sent Mr packing to her birthday dinner while I bounced on my ball desperately trying to go in to labour. Dreaming of the lasagne takeaway that Mr was bringing home. I had a long bath, and sat in the nursery trying hard to imagine that soon the room would be filled with a baby and the whole dynamic of my house was going to change. 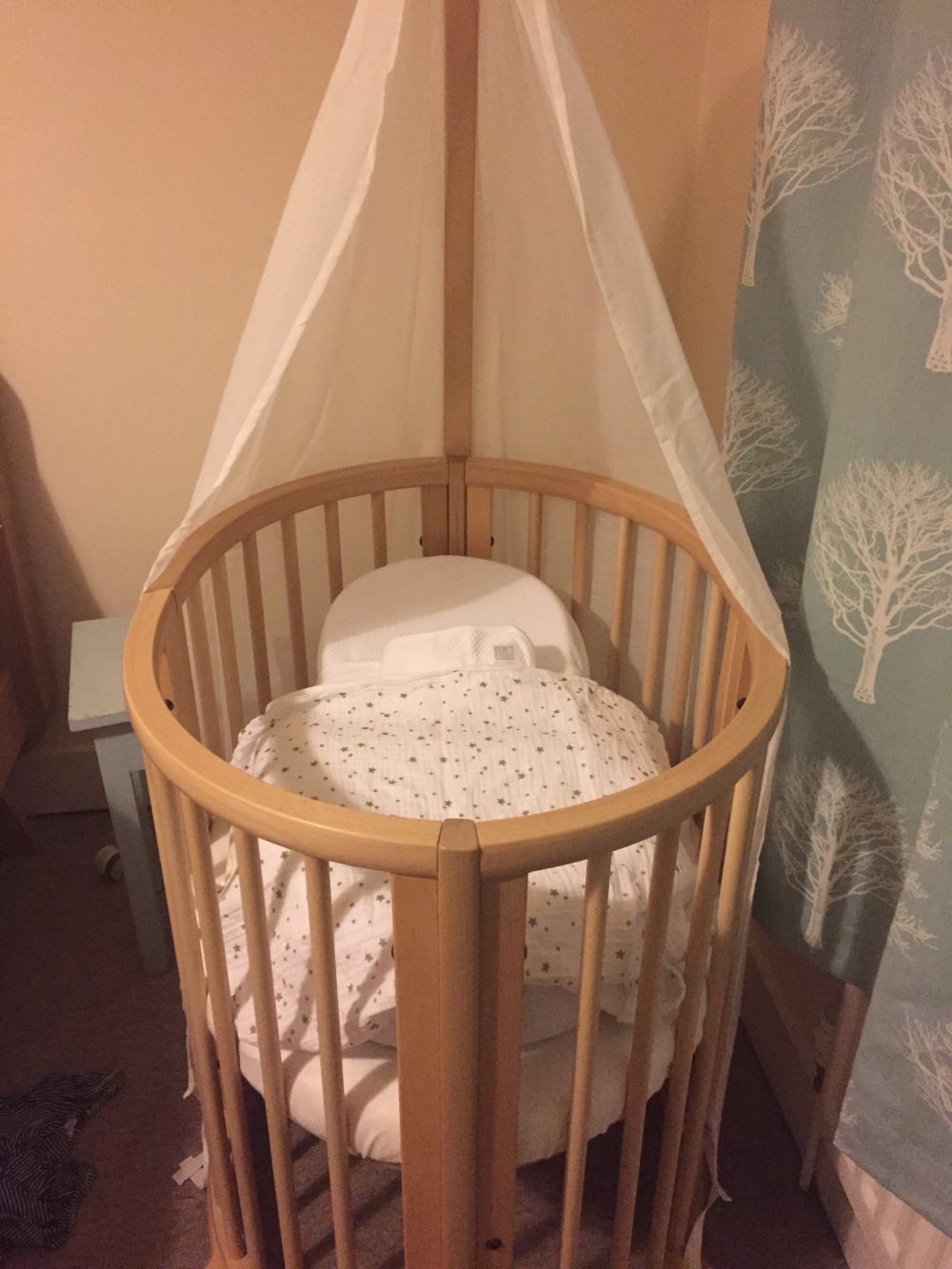 There was one thing I was glad of, I know it sounds really vain, and I definitely had no realistic idea of how long the process may take but I was so happy that I had a set time to be in hospital. I woke up early (after barely sleeping a wink) and did my hair and make up. I wanted to feel human and like myself.

My mum and dad dropped by in the morning as my Mum was going to be one of my birthing partners. I wanted someone who’d been there and done it and who could support me and Mr through labour. Because of parking, my dad dropped my mum at the hospital so that she could stay as long as needed.

I was lucky enough to have my cousin with me who was a midwife in the hospital, she’d completed my hypnobirthing course so she was coaching me and essentially acting as a doula for me. The plan was to have Mr with me the whole time and my cousin and mum take shifts with me.

On arrival, I was laden down with bags. A midwife checked me in and was ready to escort me to the labour ward to get the show on the road. One of the memories that stands out in my mind was waiting for the lift and mentioning that I could really do with a coffee. The midwife said that she would show me where to drop my bags and then I could go for a coffee before the consultant came. I’ve stepped in to the lift and as the doors shut, my waters go again. In a very dramatic movie style way. No time for coffee, straight to the room, where I ate the last meal I was destined to eat in 48 hours. Yum.

Looking back now, I feel like there isn’t much preparation for induction. Some people go in to hospital to be induced and expect to be taking their newborn home later that day. The truth of the matter is, this rarely happens.

Now that I look back (it’s taken me six months to complete this post because I still struggle), I don’t think I’ve ever really got my head around my birth story.

Within an hour of being admitted to the labour ward, a consultant came in surrounded by student doctors. She said she was going to examine me, and as she did, she decided to insert my pessary without telling me she’d be doing it. I howled. It was painful and I wish I could have mentally prepared for it.

And so it began. The beginning of my 28 hour labour journey. The first 12 hours were unmedicated while I hypnobirthed. Minute long contractions every other minute. For 12 hours.

It turns out that in the consultants hurry, she hadn’t inserted my pessary properly and after 12 hours the decision was made to start me on the drip.

I’d heard about the drip. I’d prepared myself for the drip and I was insistent that I had my epidural placed before I had the drip. Mainly in the hope that I would be able to sleep. I was exhausted and was running out of energy.

It took all the willpower in the world to ask for an epidural. This was turning in to the exact opposite of everything I’d hoped that giving birth would be. But as I looked over at the monitor and saw BB’s heartrate at a steady 136bpm, I just wanted him in my arms.

After waiting for the epidural to be placed, the anaesthetic team came in and had me sit up in the bed and sign all my forms. I was warned not to move as a jolt of electricity ran up my back.

That was it, the needle was placed! I waited for the feeling of numbness to take over and after listening to instructions of being able to press my button every 45 minutes for another dose, tried to put my head down and sleep.

Sleep came easily. I was bone achingly exhausted. But a few hours later I woke up in agony. The epidural had failed and the anaesthetic team were called back. The epidural wasn’t working down the left hand side of my body. I was asked to lay on my side and alternate every hour to help the flow, almost impossible when half numb and wired up to drips and monitors for contractions.

My midwife through the night was incredible. She was unintrusive and I had asked for minimal inspections so that I could rest which she stuck to. After a few more hours of failing epidural I decided that I’d just have to suck it up.

When morning came, and shift changed approached, I had another inspection. The midwifes hand wasn’t even out of my cervix before she wrapped her arms around me and said “you’re 7cm. I’m so happy for you I could cry.”. And she handed me over to Glen, the man who would deliver my son.

He was incredible. All of the midwives were. But he was something special. As he completed his handover notes, he spoke to me and said that he didn’t want to influence me or tell me how I was.  That his job was to listen to me and to trust how my body felt to me. He would only inspect once an hour maximum and I had to tell him how I felt. 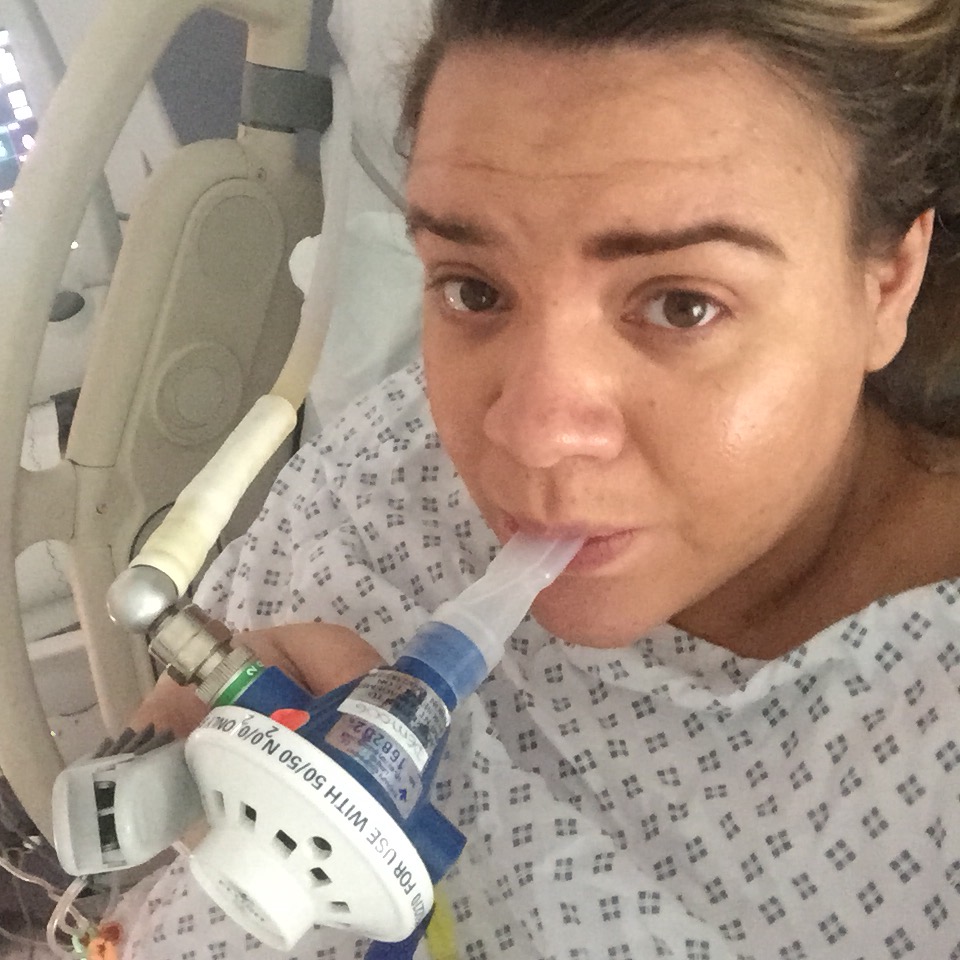 Well, this is how I felt. High as a kite 26 hours in to labour and 9cm dilated.

Then it was time. I’ll leave my birth story for another day, mainly because it’s short, but also because I wrote this to help women who might be out there looking for induction stories.

Mine isn’t pretty. But it happened. Sometimes you need to see a real story. It was long, I was unprepared, it was painful. But most importantly, I communicated how I felt, there were no further interventions and B.B. arrived safe.

If you are heading for an induction, take a deep breathe and prepare for every eventuality. Would your views on pain relief differ if you needed a drip? Will your hospital allow you to have a water birth if you successfully go in to labour on the pessary?

This post isn’t written to scare, and everyone’s story is so different. If you were induced, please comment your story so people can see different perspectives.

View all posts by mummyhustler